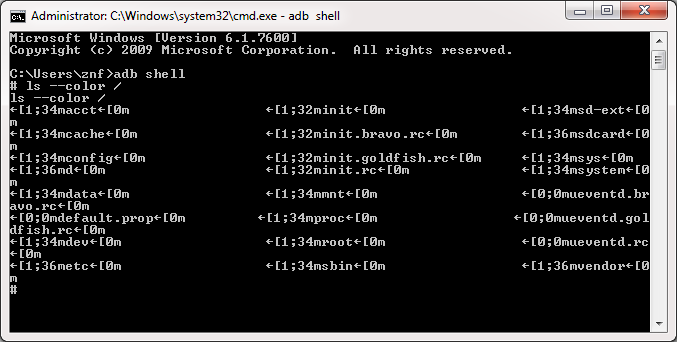 If you’ve got an Android phone and you know what ADB is and you are using a Windows machine primarily, chances are you’ve been annoyed by stuff like this in the past.

Those little arrows with numbers are called “ANSI Escape Sequences“, which under Linux (and whatever UNIX flavors) are pretty common and are used for a bunch of stuff, which you can read on the Wiki page I linked because I’m too lazy to do it for you, and for color output!

We all know cmd.exe is a bunch of steaming pile of shit if you ever tried to use a terminal on Windows for other stuff than pinging an IP address. Amongst cmd.exe’s technical limitations, I’m pissed off by:

So, in my searches I’ve stumbled upon Console which is a console window enhancement for Windows. 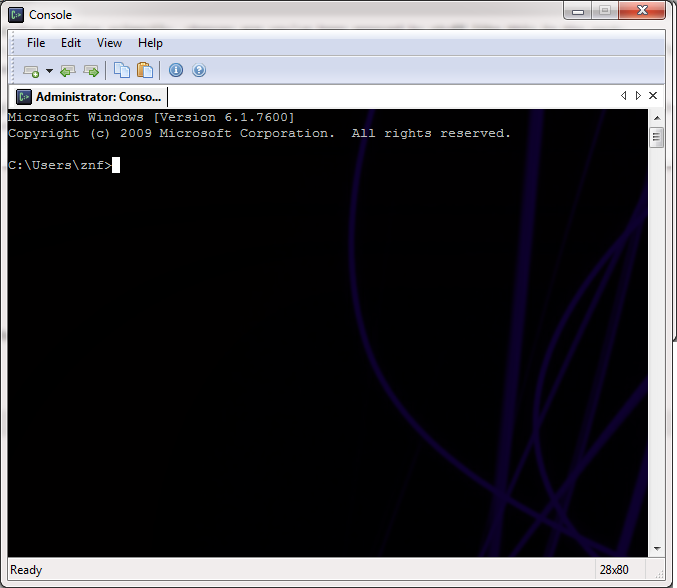 By itself fixes a number of things I really hated, but still has one issue – it’s still using cmd.exe “in the background” thus it doesn’t support ANSI properly.

Here’s where I found another “little helper”: ANSICON. From the author’s page: “ANSICON provides ANSI escape sequence recognition for Windows console programs (both 32- (x86) and 64-bit (x64)). It is basically the Windows equivalent of ANSI.SYS.”.

So, what I did to “marry” these 2 great “programs” in a perfect harmony under Windows (because I like to do WinKey + R -> console 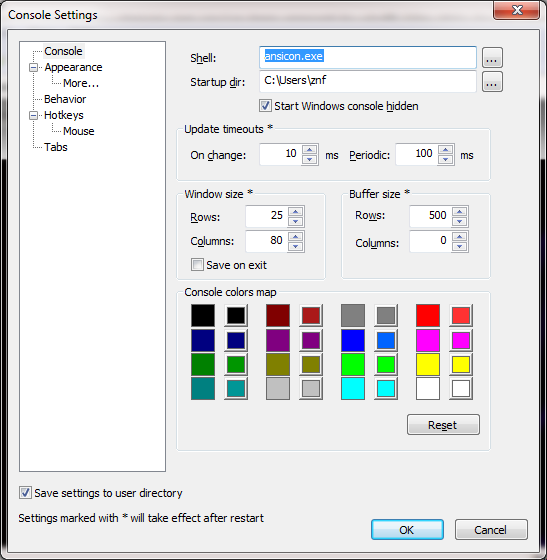 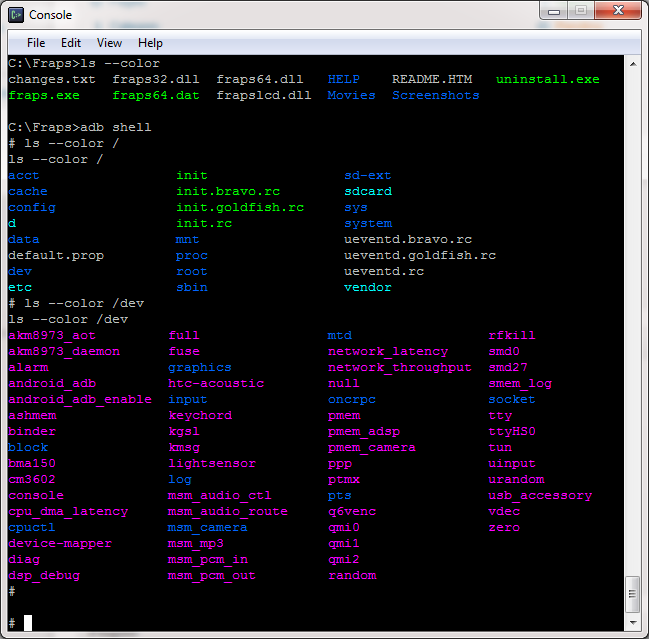 Oh, and before I forget, a free tip: to copy/select something, press Shift and drag the mouse cursor.
Subscribe
Login
0 Comments
Inline Feedbacks
View all comments

Ever wanted to upload a song to YouTube but you didn’t have...

Just having upgraded recently to Windows 8, I found that my on-board...

As many people have unfortunately stumbled upon this issue –...

A few days ago I found Osvaldas Valutis’ awesome ImageLightbox.js...